Since I emerged this spring from my self-imposed hibernation* from bear making, I have discovered that I love creating new patterns. It is so satisfying to start with a piece of paper and an idea, then take a flat piece of fabric and turn it into a three-dimensional little "soul" that looks at you so lovingly. 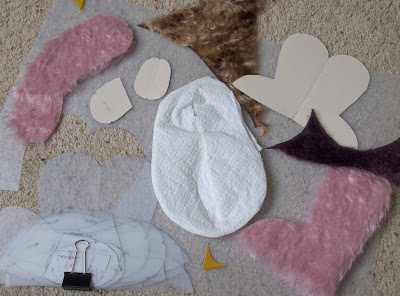 When I dug out my bear-making materials earlier this year, I found four bears waiting to be finished, three of whom had faces that looked up at me so trustingly. So sorry I made you wait, little ones! The biggest one, my very patient big brown batik bear, needed a smaller body and some limbs, so I set to work. A sketch here, a test body out of paper towels there, and I had what I thought would be a good size to go with his head. Same thing with the limbs, though I didn't make paper towel tests for them. (It all sounds so easy and breezy, but there's a lot of drawing, erasing, testing for fit, and so on in pattern making.) The batik bear is now jointed and mostly stuffed. I think I haven't completely finished him yet because I love him and would like to keep him around a little while longer.

Because I like the batik bear so much, I decided I needed to make a smaller size version of his pattern. Once that was finished, I cut the pieces out of beautiful wavy distressed pink mohair. Now I need to trim the fur from the seams and sew her up!

And then I got a wild hare of an idea and decided to design something completely out of the norm for me. Two somethings, in fact.

The first is a first for me: a rabbit. Can you believe that in 14 years of bear making I haven't made a rabbit before? I've designed and made three cats and even a pig, but not a rabbit. So I gathered photos of rabbits--so cute--and designed the rabbit's head. But I haven't gone farther than that with the pattern design. If you look closely at the two photos of my desk in the post that shows where I create, you can see it. It's only a sewn furry "envelope" in the pictures, but now it's stuffed and has test eyes in position. Nothing else. So funny but endearing at the same time.

And the second is what I'm calling my grand experiment. Why is he my grand experiment? Because he is such a departure from my usual designs. He has...drumroll, please...a two-piece head. Yes, you read that right. There's no middle gusset piece. He also has a different body and limb style than my usual bears. Right now, he is waiting for me to tighten his limb joints, just lounging here on my desk looking cute. I can't show him to you just yet, but when he's finished, he will appear here on the New Avenue Crew blog. I like him. I hope you will, too.


*By the way, I plan to stay OUT of hibernation. I am enjoying playing with the fur and fluff far too much to give it up, and I plan to create my Crew members for a long time to come. I've found that I really do have a need to create, whether it's sketching, writing, or making a teddy bear "come to life" with my hands. I believe that's the way God wired me!
Posted by Debora Hoffmann 11 comments:

Back in May, I posted about some inspiring finds in Prims magazine. Susan Pilotto of Crowsnest Pass Primitive Folk Art is one creative lady! I so enjoy her little creations, and I know you will, too. She is having a blog giveaway for this darling little mouse on a spool. Pop on over to visit and enter!

It Runs in the Family

Recently, my sister took some photos of Oolong, her New Avenue Crew teatime kitty, who I created in 2002. They came out cute! 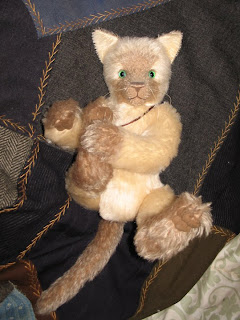 Oolong playing on a family heirloom quilt
What I really liked was that she set the cat on some antique family quilts in her photo session. She mentioned that the quilts were likely made by our great-grandma Carrie Engle. So the stitching passion runs in the family. On both sides, even. My mom was always sewing something when I was young...sure wish she had taught me to sew clothes! But you know, I wasn't much interested in sewing. And now, here I am, creating my Crew members. I have always loved stuffed animals, particularly teddy bears, and now I get to bring them to "life" by sewing. How about you? 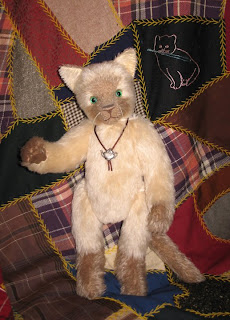 Oolong showing off the stitched kitten on another family quilt
Posted by Debora Hoffmann 2 comments: 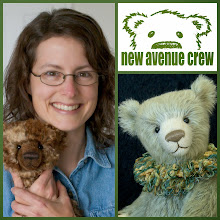 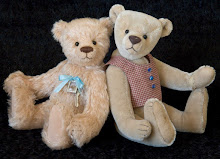 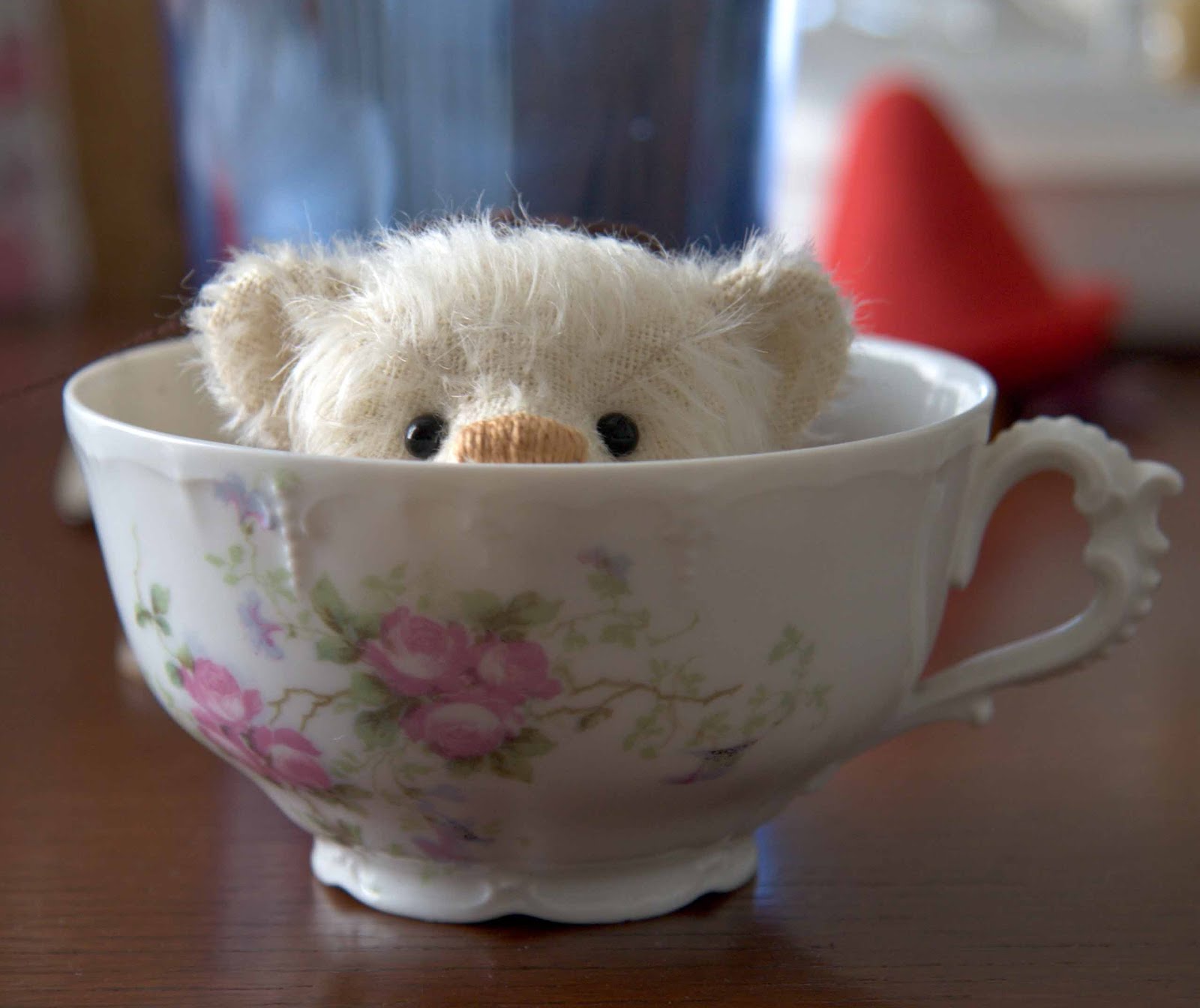 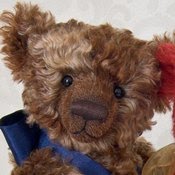 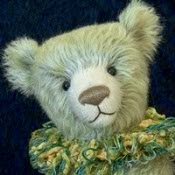 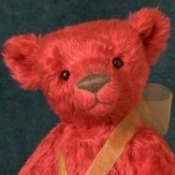 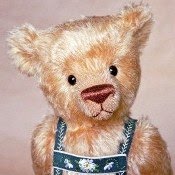 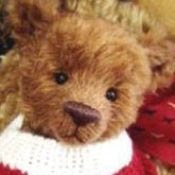 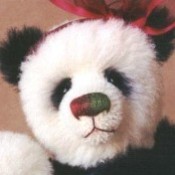